The fortress that protects the Alhambra of Granada

The Alcazaba of the Alhambra of Granada


All the history of the oldest zone of the Alhambra in Granada, the fortress that protected the residence of the sultans in the islamic era and the Nasrid Palace. 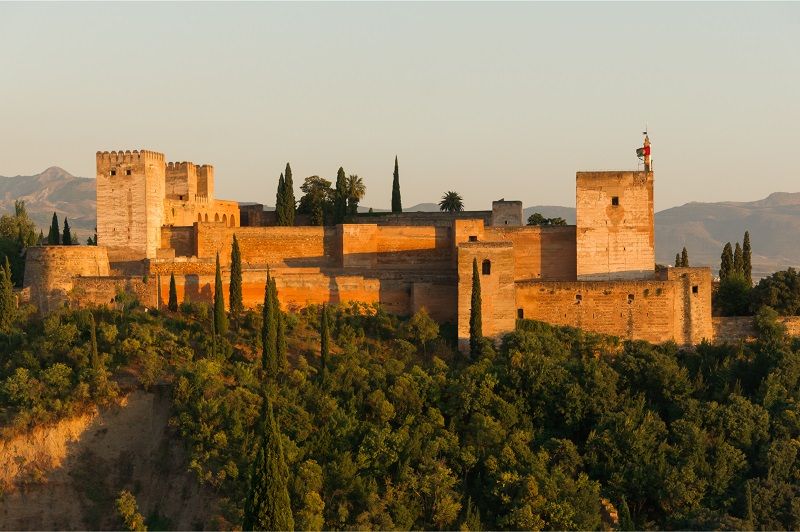 As soon as you arrive to Granada you will see the Alhambra and the Alcazaba. It can be clearly seen how it gives an aspect of a fortress when the truth is that inside hides all the beauty of the Nasrid Palaces. 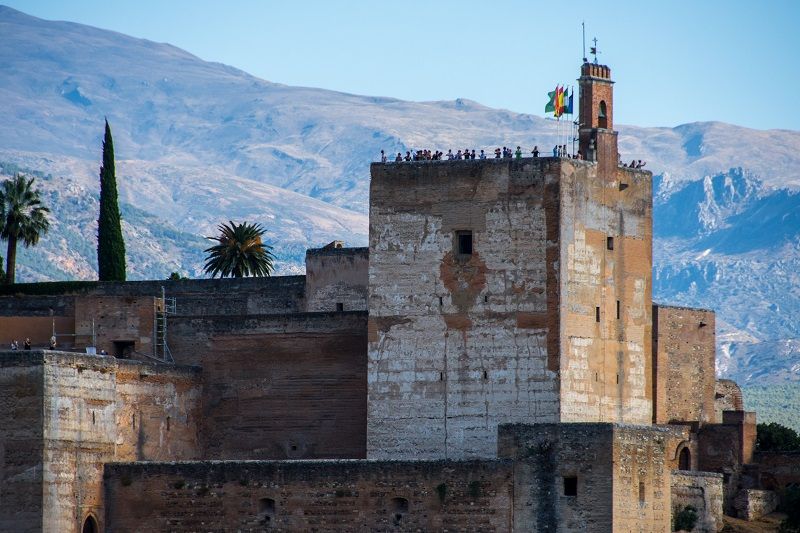 The Vela´s Tower is the main tower of the castle of Alhambra. The origin of its name is due that the first Christian bell that sounded in the tower to announce the christian conquest of the city was called "Vela". 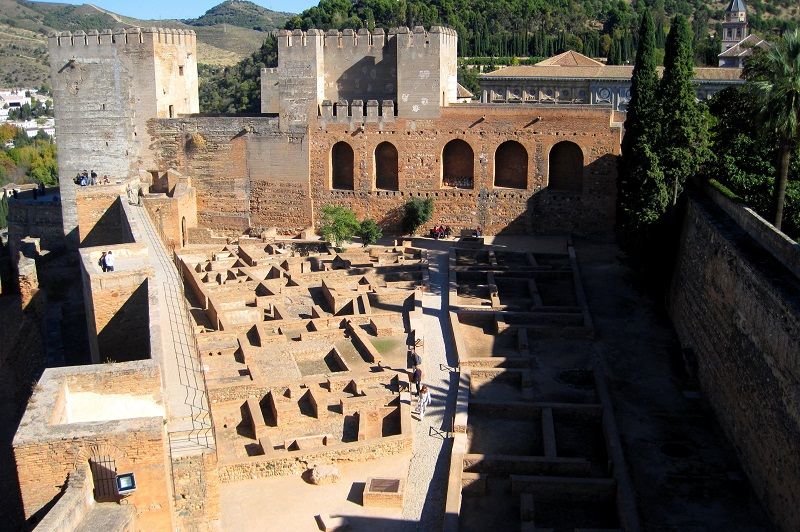 In the Medina were the houses of employees and servants, in addition to the buildings in charge of the service as kitchens, ovens and workshops.

What is an Alcazaba?

The alcazaba is a word in Arabic that means castle or fort, although also it is denominated to a fortified perimeter that is used like refuge. The main difference between a castle and a citadel is that the citadel has a small town or medina inside.

It is an element as much presence throughout Spain. In Al-Andalus as well as the Alhambra, which is the best preserved and largest in Spain and Portugal, there are many examples such as Alcalá la Real, Almeria, Antequera ...

What was it for?

Its primary function was to serve as protection and shelter from external attacks. It was therefore the main residence of the sultans and nobility, also serving to exhibit the power of the city.
Practically all the Christian conquests mention the fortress as the last bastion of resistance and the place where treasures were kept.

The Alcazaba of the Alhambra of Granada

The Alcazaba of the Alhambra of Granada was, of the whole set of the monument, the oldest enclosure and therefore the first to be built. This enclosure in addition to protecting the sultán contained a whole city in miniature to lodge the service to the royalty and the guard of the sultán.

When it was built?

Its construction dates from the reign of Mohamed I, who ordered to construct the main walls and the three towers: The Tower of the Candle, Tower Quebrada and the Tower of Homage. The sultan placed his residence there until the works were finished, already during the reign of his son and successor, Mohamed II.

Which part if of the Alhambra?

The alcazaba is the part that is most emphasized from any viewpoint of Granada. If we look at a map of the Alhambra, the Alcazaba will comprise the west end of the monumental site.
On the far left is the Torre de la Vela. A little further on the right is the Medina and on both sides of the main door you will find the Torre del Homenaje and Torre Quebrada. 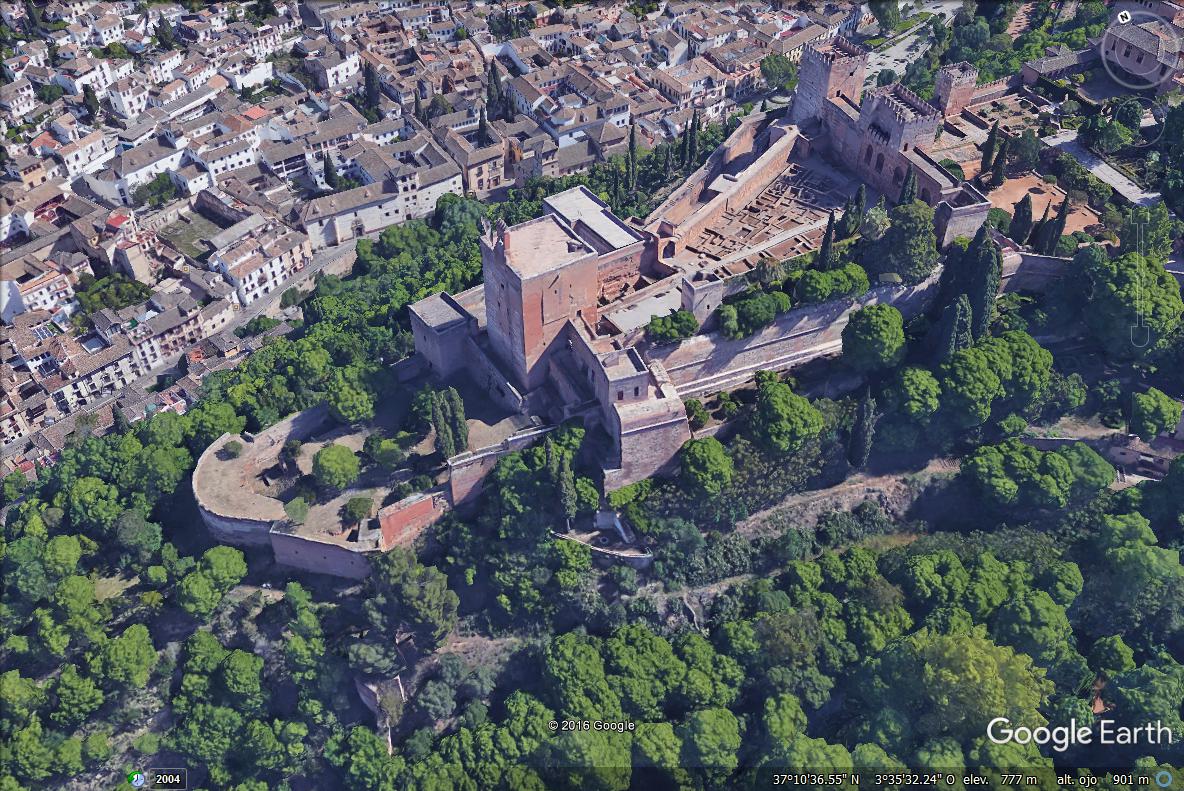 Despite its current conservation, the Alcazaba was completely abandoned and for a long time, as was the case with the rest of the Alhambra.
With the Christian reconquest of Granada repairs and extensions were made to the military strategies of the time, such as the extension of the Tower of Homage.
It also served for a time as a prison during different eras, one of them during the French occupation.
It was at the beginning of the 20th century when the monumental value of the Alcazaba became conscious and the task of restoration began.

Booking a ticket for the Alhambra tour

The red castle, the monument nominated as one of the seven new wonders of the world and one of the reasons why Granada has been named as the most beautiful city in Spain.

The resting place of the sovereigns of the kingdom of Granada. Gardens and architecture join together the main enclosure of the Alhambra in order to be the recreational area of the Nasrid sultans.