Palace and gardens of the Generalife

Place of rest and privacy of the sultans of Al-Ándalus


The resting place of the Muslim kings of the ancient Nasrid kingdom of Granada. 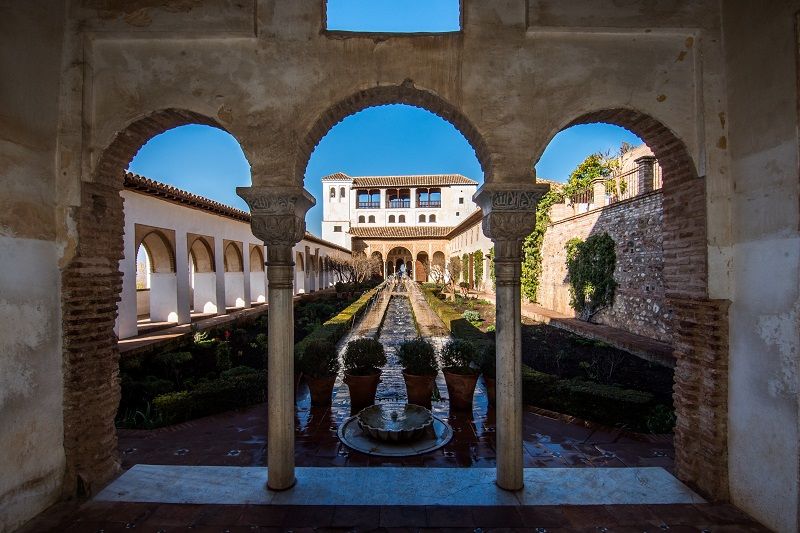 In the Court of the Irrigation Ditch rest the waters of the journey from the heart of the Sierra Nevada. The sound of the water had a function such as preventing strangers from eavesdropping on conversations. 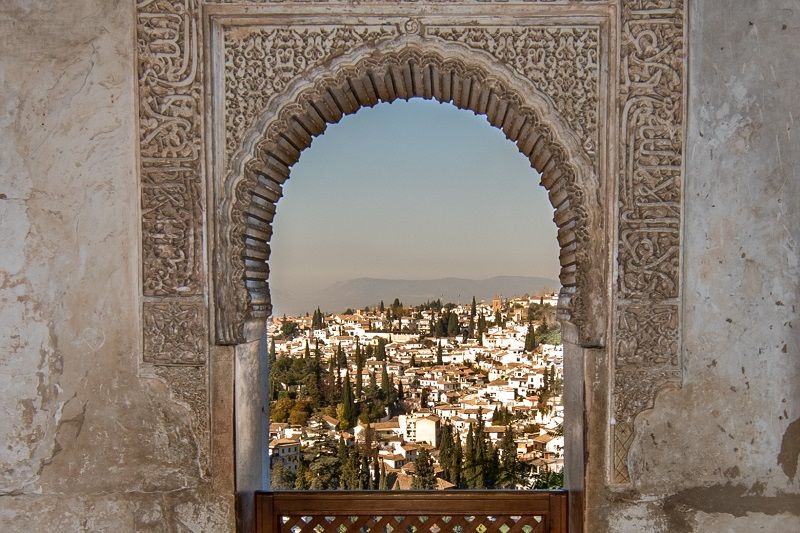 From the viewpoint of Albaicín one can contemplate the district of Albaicín peacefully, beneath the white veil of lime of their walls. 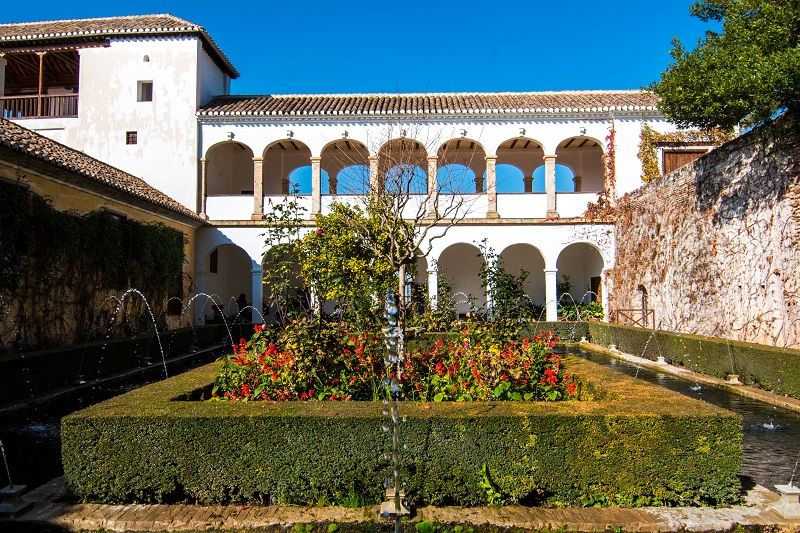 In this court even more intimate than the one of the irrigation ditch rests the trunk of the cypress where the lovers were surprised. Alongside the inscription that narrates the legend.

The Palaces and the Gardens of the Generalife

This beautiful landscaped villa seems to have the perfect corners that invite rest and privacy. The fountains that make the water jump before falling in one of the numerous fountains is the musical thread which will accompany us during the visit to the place of retreat of the great sultans of the Nasrid epoch.

What is the Generalife?

The Generalife was a villa with gardens next to the Alhambra of Granada whose reason behind was the rest of the Muslim kings of Granada. The origin of its name comes from the Arabic "Yannat al-Arif" that translated into Spanish means "Gardens of the Alarife" or Generalife.

This small palace is surrounded by orchards and fruit gardens which, without doubt, were already used in the Nasrid epoch to supply the Alhambra. The oldest orchard is called "Huerta Colorá" and is the only one that has remained intact over time. This orchard is located on the left where the gardens end.

To visit the Generalife it is not necessary to enter the walled enclosure of the Alhambra. It is located next to it, on the hillside of the "Cerro del sol". From the entrance to the monument we will have to walk towards the hillside and once having passed the first gardens and orchards, we will gain access to the palace. 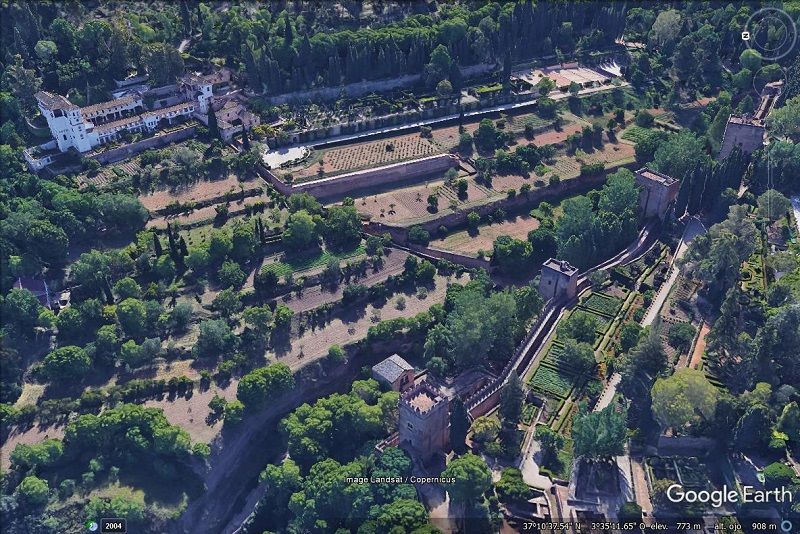 As we can see in the aerial picture, the town is located outside the walls of the Alhambra. In ancient times Generalife and Alhambra were not connected and to arrive one had to gain access through the ravine via the "Cuesta de los Chinos".

The Generalife was built between XII and XIV century. During the reign of the Catholic Kings they tolerated a mayor on the estate and the town became particular property until the State managed to win it back in 1921.

Court of the Irrigation Ditch

This court is the first of the two main courts. It owes its name as it is logical to the irrigation ditch that it crosses its entire rectangular plant.
Next to this one, one can find an arbour that was usually used for reunions and confidences.

Court of the Sultana

This court is named after the legend that covers its centre. Here, next to the dead cypress and the place which reminds of the legend, the sultan surprised his favourite maid kissing with an Abercerraje gentleman.

Booking a ticket for the Alhambra tour

The red castle, the monument nominated as one of the seven new wonders of the world and one of the reasons why Granada has been named as the most beautiful city in Spain.

The oldest part of the Alhambra, is the authentic fortress where the sultan had his residence until the Nasrid Palace was finished.