History of the Alhambra

The history of the monument and its surroundings

Alhambra of Granada and its surroundings: the history


The red castle and the Andalusian Nasrid city built around it. Discover a little more of this monument that was nominated as one of the new seven wonders of the world. 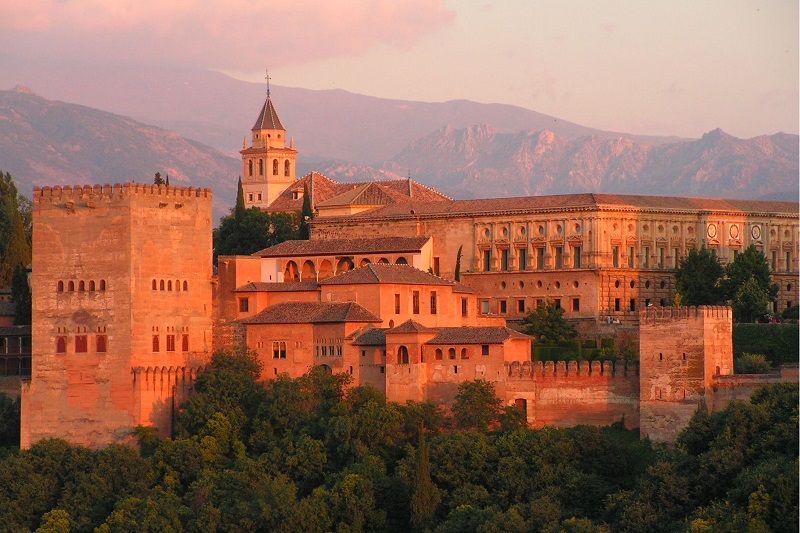 The name of Alhambra comes from the Arabic language and means "the red one". You only need to look at the monument from one of the many viewpoints of Granada (San Nicolás, San Cristóbal or San Miguel Alto are the most popular ones) to understand why they called it like that. The walls of the fortress are bathed in an ocher red color, honoring its name.

Throughout history the Alhambra went through different epochs, from the moment of its construction until now. In the following, we will give you a short summary of the life of the monument over time.

The brain and heart of the ancient Nasrid city. The Alhambra of Granada is located on the Sabika hill, overlooking the balcony of the valley of Granada and leaving behind the Sierra Nevada. It is accompanied by the district of Albaicín and Sacromonte on the right-hand side and the rivers Darro and Genil on the left-hand side.

Based on the original Roman structure one started to extend the construction in the Sabika. After the end of the civil war, which made the caliphate of Córdoba the capital city, Granada became the capital city.

The founder of the Nasrids Al-Ahmar settled in Albaicín in 1238 and headed towards the hill of the Sabika during his visit. The reconstruction of the ruins begins and one starts to create the Alhambra which came to our time.
One created the fortress, the citadel and the palace and it reached its climax during the reign of Yusuf I and Muhammad V, during the 14th century.
After this period the city continued to grow due to the Christian reconquest, expanding the city and its walls until the end of the 15th century.

After the reconquest in 1492 the Alhambra was declared Royal House and great modifications and repairs took place.
In 1506 one begins with the construction of the palace of Charles V, in Roman Renaissance style.
Since the beginning of the 18th century, the Alhambra was finally completed, so that it remains virtually abandoned.

19th CENTURY UNTIL THE PRESENT DAY

After Napoleon's invasion in 1812, the Alhambra was about to be completely destroyed.
In 1870 it was declared as national monument and from 1905 on, the current patronage originated which is in charge of the maintenance of this historical monument. 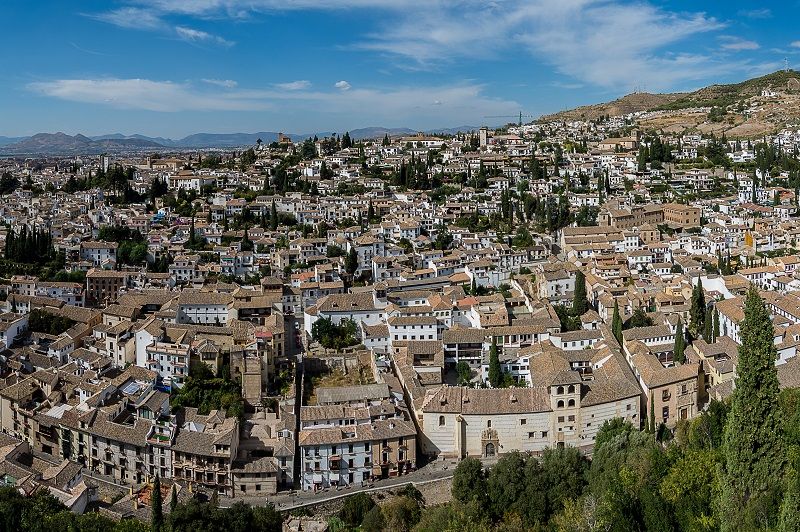 The oldest part of the Alhambra, is the authentic fortress where the sultan had his residence until the Nasrid Palace was finished.

The resting place of the sovereigns of the kingdom of Granada. Gardens and architecture join together the main enclosure of the Alhambra in order to be the recreational area of the Nasrid sultans.